Abstract: Sodium fluoroacetate, known as compound 1080, was discovered in Germany during the Second World War. Used as a rodenticide, however, as it is an odorless and tasteless substance, with a lethal dose in humans of 2 mg / kg, it was withdrawn from the market in some countries, including Colombia, however, it is obtained illegally. This substance has biochemical and physiological effects at the cellular level that alter the transport of citrate at the mitochondrial level, generating accumulation of lactic acid and alteration in the use of glucose. The clinical manifestations are nonspecific, there is no cardinal symptom. Therefore, its diagnosis is made due to high clinical suspicion, associated with establishment of exposure to the compound, since paraclinical confirmation is difficult to perform in a timely manner. We present a case report of intentional ingestion in an adolescent, associated added infection to the bloodstream by methicillin- sensitive Staphylococcus aureus (MSSA), who developed multiple complications and the need for support in the Intensive Care Unit (ICU) with satisfactory outcome. Not having a specific antidote, she was treated with ethanol to increase the level of acetate, thus offering an alternative substrate to the Krebs cycle and may offer benefits in the acute treatment of these patients.

Patient with sodium fluoroacetate poisoning and kidney failure, receiving renal replacement therapy with a favorable evolution and survival at discharge from the intensive care unit of a third-level hospital in the city of Pereira, Risaralda, Colombia.

Sodium fluoroacetate poisoning is relatively rare and can cause acute kidney injury and multi-organ failure with a high rate of complications and death. A case of self-inflicted poisoning that received early continuous renal replacement therapy with a favorable outcome in terms of survival and discharge from the intensive care unit of a third-level hospital in the city of Pereira, Risaralda, Colombia was presented. 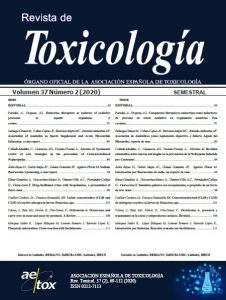